Only a few white rhinos remained in the area before The Malilangwe Trust was formed.

In 1997/8 a translocation of 12 white rhinos and 28 black rhinos from South Africa was accomplished. Following a settling period in bomas at Malilangwe the rhinos were released, and their movements and general health monitored, primarily by Malilangwe’s scouts. By the end of 1998, the first black rhino calf was born at Malilangwe. Since that time, many more calves of both species have come to make Malilangwe their home. Both populations have grown so well over the past 20+ years (532% for black rhino and 729% for white rhino) that Malilangwe has been able to supply rhino to restock other conservation areas in southern Africa.

Understanding the dynamics of our rhino populations is the first step towards informed, science-based management. By ear notching every rhino, scouts and wildlife managers are able to monitor each rhino’s movements, behaviour, social interactions, and for the females, reproductive success.

Knowledge of the lineage and relationships between individual rhinos gives valuable insight into selecting appropriate rhino for translocations. Selecting the right individuals can go a long way to increasing the success of introductions to new areas while minimising disruption to the dynamics of the home population. 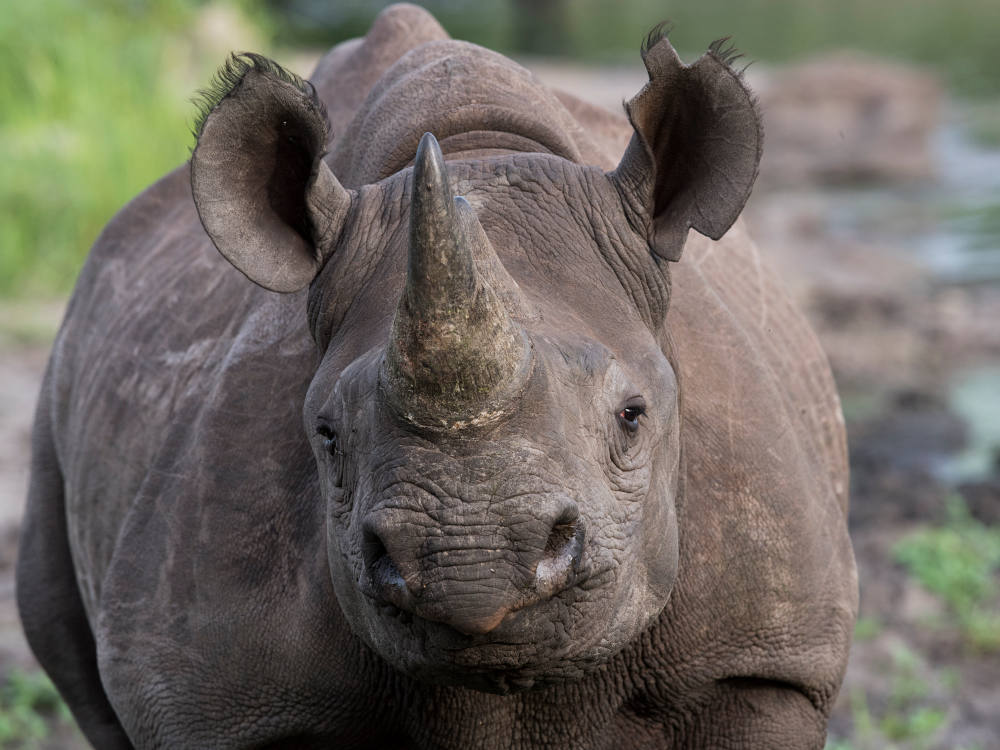 Most of the rhino observation data are collected by scouts who are responsible for both security and rhino monitoring. Each day whilst on patrol, they document individual rhino sightings by recording locations, behaviour, significant events or observations as well as the details of other rhinos in the group. All this data is captured and stored in a custom-built database containing over 20 years of detailed records. Reports, queries, and distribution maps can be generated from the database and used in the scientific management of the populations. Knowledge of lineage enables groups of unrelated animals to be selected as founder populations for new areas.

The population densities of both species currently is such that we are able to supply and restock rhinos to other suitable protected areas in Africa.

How Can You Help?