History of The Malilangwe Trust’s Rhinos

History of The Malilangwe Trust’s Rhinos

When The Malilangwe Trust purchased the ranch plans were put in place to begin restoring its historic biodiversity. To this end, several species that had become locally extinct were reintroduced, including black and white rhinoceros.

Both species were sourced from parks in KwaZulu Natal, South Africa, and after having undergone a quarantine period in bomas in South Africa, they made the journey of over 1 000 kilometres to Malilangwe. 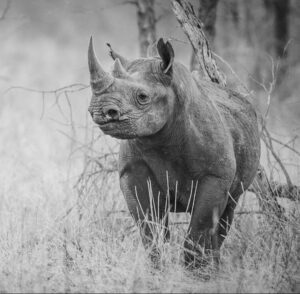 Then, in 1998, this translocation represented the largest cross-border relocation of black rhinos in history, involving 28 individuals (12 white rhinos had been imported the year before, in 1997).